A roundup of the shows and movies I am LOVING on Netflix lately. Lesser known series and films that you may have never heard but NEED to check out.

Though I have HATED the frigid temperatures we’ve had so far this winter (knock on wood, because things are finally starting to warm up a bit!), they have given me great excuse to watch A LOT of Netflix at the gym!

In fact, I feel like I’ve become a Netflix connoisseur. I know what’s new, what’s trending, and even some lesser known gems that you may have never heard of.

Today I am sharing 6 shows/movies I’ve watched recently and have LOVED. There is something for everyone in this list! No matter what you like, you’ll find something new to enjoy on Netflix. 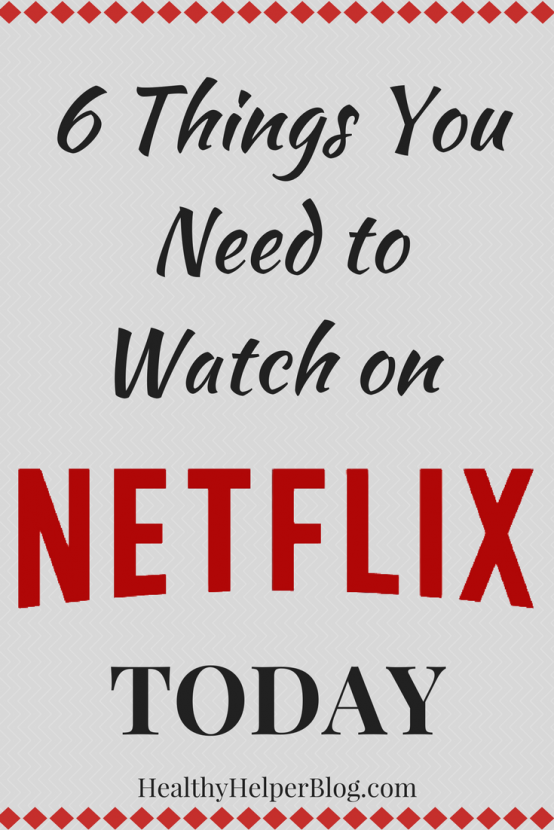 If you’re looking for something a little off the beaten path, this one is for you! Glitch is an Aussie drama set in a small town called, Yooranna, Victoria. It starts when a small town policeman called to the local cemetery in the middle of the night after seven people have inexplicably risen from the dead in perfect health. It turns out they have no memory of their identities and from there they set out to discover who they are and what has happened to them. The seven people are all linked in some way (the connections are revealed throughout the series), and the search begins for someone who knows the truth about how and why they have returned. There are currently 2 seasons on Netflix and it is rumored that season 3 is in the works! (it better be!) 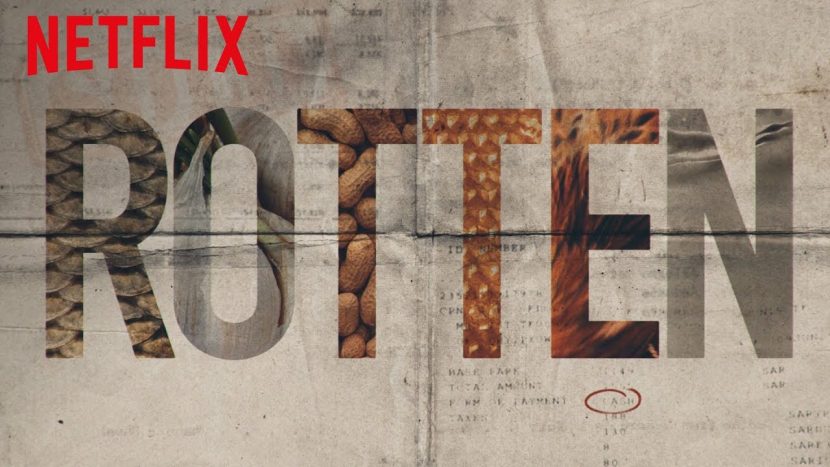 If you’re a fan of docu-series and interested in learning about the politics and corruption of different sectors of the food industry, this one is for you! It’s essentially a TRUE CRIME show for FOOD. The series features a mess of food-industry hijinks, looking at, among other things, the production and consumption of chicken, milk, honey, garlic and seafood. Exposing food frauds ranging from the confusing to the flat-out lethal, the episodes investigate various ways in which the literal food chain is screwed up by the corporate food chain, and the ramifications for people who farm, and people who eat. There are currently 6 episodes on Netlfix and if you are a human and you eat food, you should watch this show. 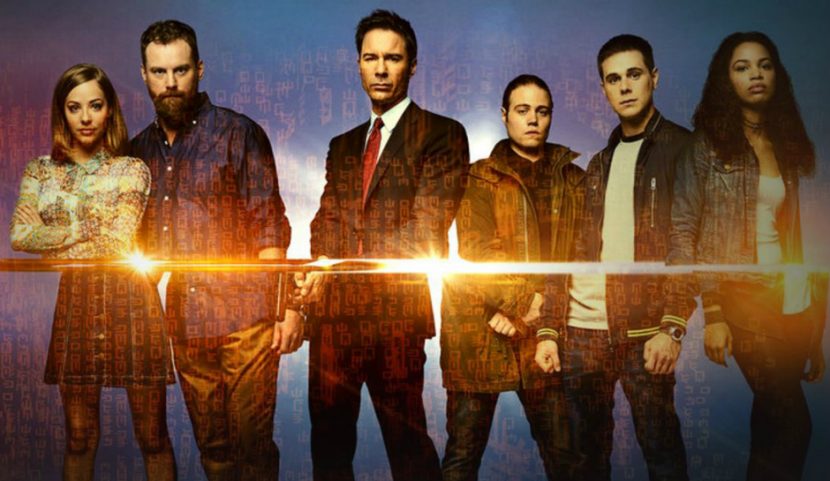 If you like shows like Continuum or are interested in thrilling, sci-fi style shows, this one is for you! I was skeptical at first…but once you get a few episodes in, you’ll be hooked. The series is set in post-apocalyptic future where thousands of special operatives around the world are tasked with preventing the collapse of society. These operatives, known as “travelers”, have their consciousness sent back in time and transferred into the body of present-day individuals who would otherwise be moments from death. The transfer requires the exact location of the target, made possible by twenty-first century smart phones and GPS. Prepared using social media and public records concerning their targets, each traveler must maintain the host’s pre-existing life as cover for the rest of their lives, while carrying out missions in teams of five. The series follows a specific group of “travelers” and how they carry out their missions to ultimately SAVE THE WORLD from impending destruction in the future. Little do they know, everything they do in the past has innumerable effects on all of their futures. There are currently 2 seasons on Netflix and the 3rd season will air on Canadian television before being added to Netflix later this year. 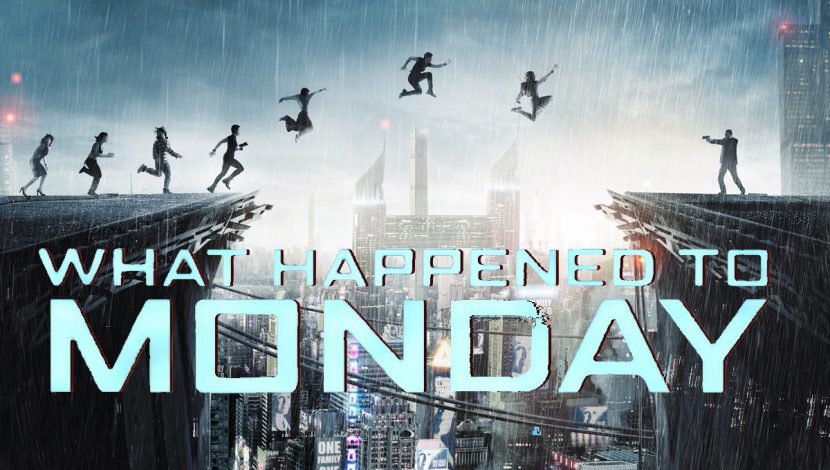 What Happened to Monday

This is a film, rather than a series, but still totally captivating and interesting! If Travelers intrigued you above, you’ll most likely enjoy this movie. What Happened to Monday takes placed in a world where families are allowed only one child due to overpopulation. Thus, a set of resourceful identical septuplets must avoid governmental execution and dangerous infighting while investigating the disappearance of one of their own. The system they figure out and implement to evade detection is so creative and unique, but ultimately leads to trouble. Without spoiling the plot, I’ll just leave you with that note that things are not what they seem in this film. 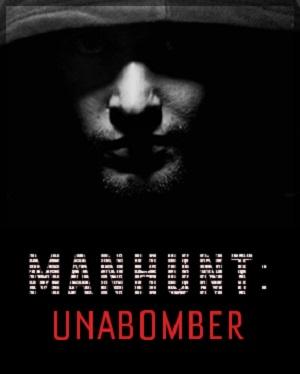 If you’re into crime dramas based on TRUE events, this one is for you! Manhunt takes an in-depth look at how a FBI profiler helped track down the terrorist Ted Kaczynski, the Unabomber. I was unfamiliar with the details of this case, but I walked away with a better understanding of the trials and tribulations that the FBI had to go thru over a 4 year hunt for the perpetrator. Riveting, great acting, and high engaging! I am thinking Netflix will continue this series, but featuring a different infamous criminal each time.

Jack Whitehall: Travels With My Father

If you need a laugh and like travel docs, this one is for you! Travels with my Father is a travel documentary/road trip style comedy television series. The show is presented by comedian Jack Whitehall (who is hilarious in his own right!) and his father, Michael Whitehall. The show covers the pair’s travel to South East Asia on a popular “gap year route”, and involves them traveling through countries such as Thailand, Vietnam, and Cambodia. Between Jack’s antics and his father’s pretentious tendencies, you’ll be in stitches moments into episode one!

A Netflix original that stars Will Smith and explores the intricacies of race relations in the future among human and non-human life forms. 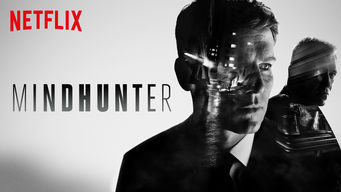 Set in 1977, in the early days of criminal psychology and criminal profiling at the Federal Bureau of Investigation, Mindhunter revolves around FBI agents Holden Ford  and Bill Tench, along with psychologist Wendy Carr, who interview imprisoned serial killers in order to understand how they think with the hope of applying this knowledge to solving ongoing cases.

6 Things You Need to Watch on Netflix #WhatToWatch @NetFlix

So there ya have it, friends! 6 Things You NEED to Watch on Netflix ASAP! They’re all awesome…all very different…and all very interesting! Please let me know if you find a new favorite from the list. 🙂

What have you been loving on Netflix recently?

Have you seen anything of the shows/movies I mentioned?

What is your favorite show/movie of all time?

17 responses to “6 Things You Need to Watch on Netflix”