Two for one special! My new recipe for No Sweetener Added BBQ is perfect to use as a dip or as the marinade for my Raw Zucchini Bacon. It’s spicy, smoky, and sweet all at the same time. It adds great flavor to my totally raw bacon alternative. The perfect accompaniment on your next vegan BLT.

You guys are in luck today. Not only are you getting a new recipe from me….but TWO of them. I just couldn’t post one without the other because one relies on the other to make it possible.

When I read what this month’s Recipe Redux them was, I was excited because I had already been wanting to do some cooking with some of the produce bounty that’s available right now.

Fresh from the Garden

The season of bountiful produce has arrived. Whether your produce comes from the Farmers Market, a CSA share, or a plot of dirt out back, show how you are using fresh July fruits or veggies. And if you have gardening successes – or failures – please share!

A neighbor of ours has zucchini planted in her garden (I’ve never had success growing it!), and they are sprouting up bigger and bigger every day. Needless to say, we have quite the stash of zucchini to use right now.

After my last zucchini success, I knew I wanted to incorporate it into this month’s recipe. I also hadn’t used my dehydrator lately so I thought it would be fun to do some experimenting with that!

I’ve done most of the traditional things you make when you first get a dehydrator (raw wraps, raw crackers, dried fruits & veggies, etc.) but I had yet to attempt….RAW BACON. 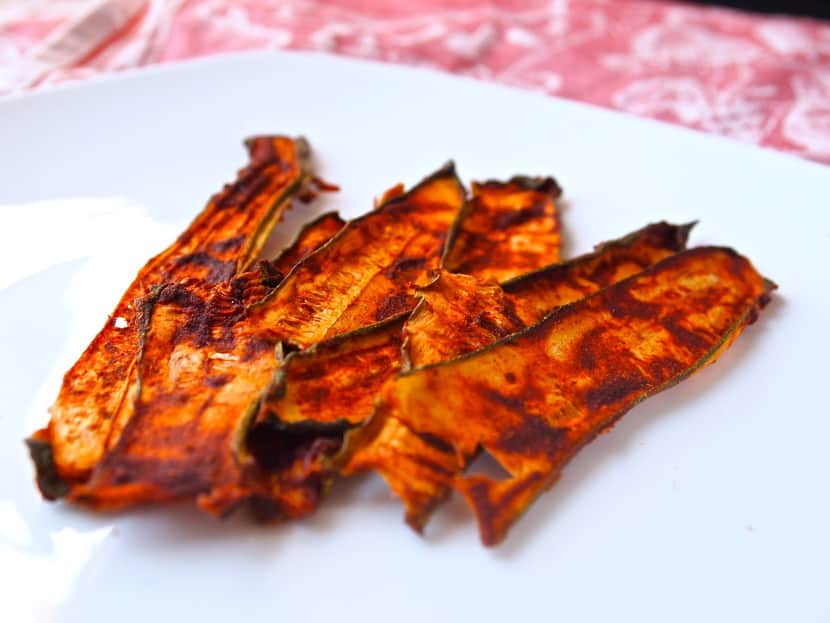 Normally made with eggplant, I thought it would be fun to try making it with zucchini! 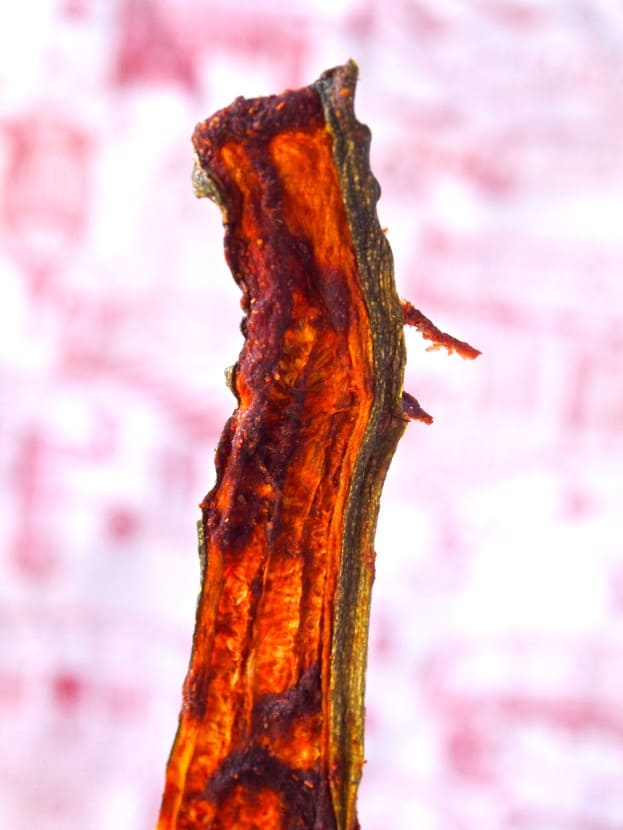 But first I needed the perfect marinade to go on it. Something smoky and salty, yet sweet at the same time. And of course it needed a kick of spice!

Without even trying, the mix I made turned out to taste just like a delicious BBQ sauce. I realized it was a recipe all on its own! It’s got no added sweeteners, is super simple to make, and is all natural. No need for store-bought any more. 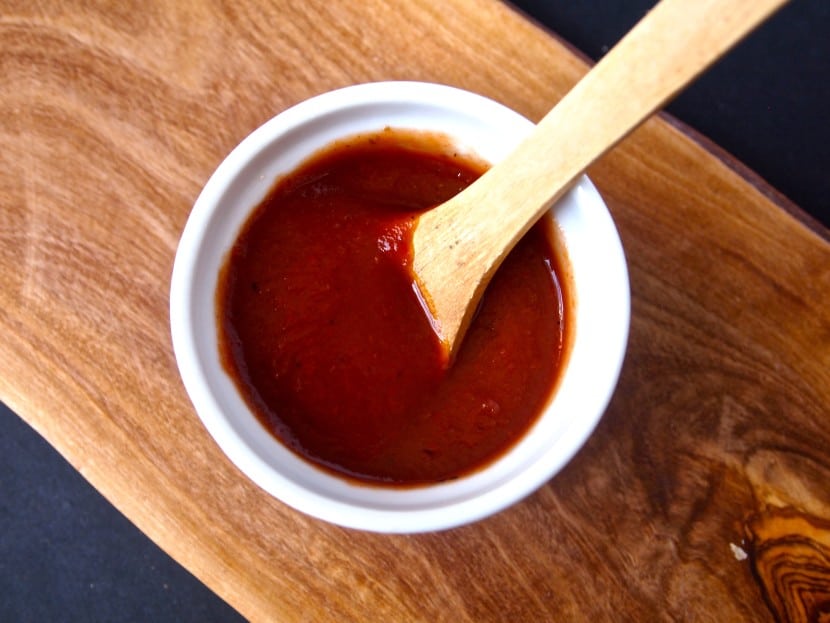 So today I’m sharing my new No Sweetener BBQ Sauce recipe as well as the Raw Zucchini Bacon that you can make using it. 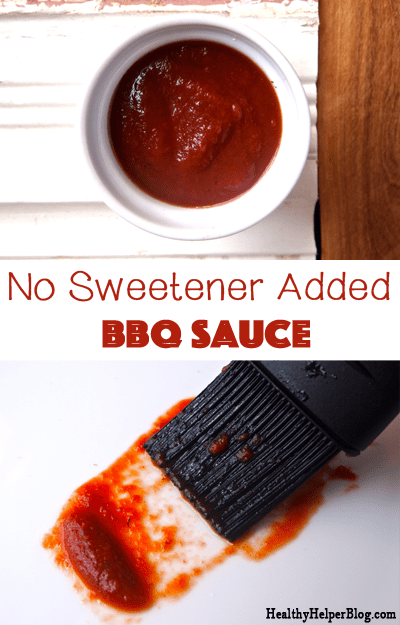 Mix all ingredients together. Serve as a dip or sauce for your favorite foods! Store in the refrigerator. 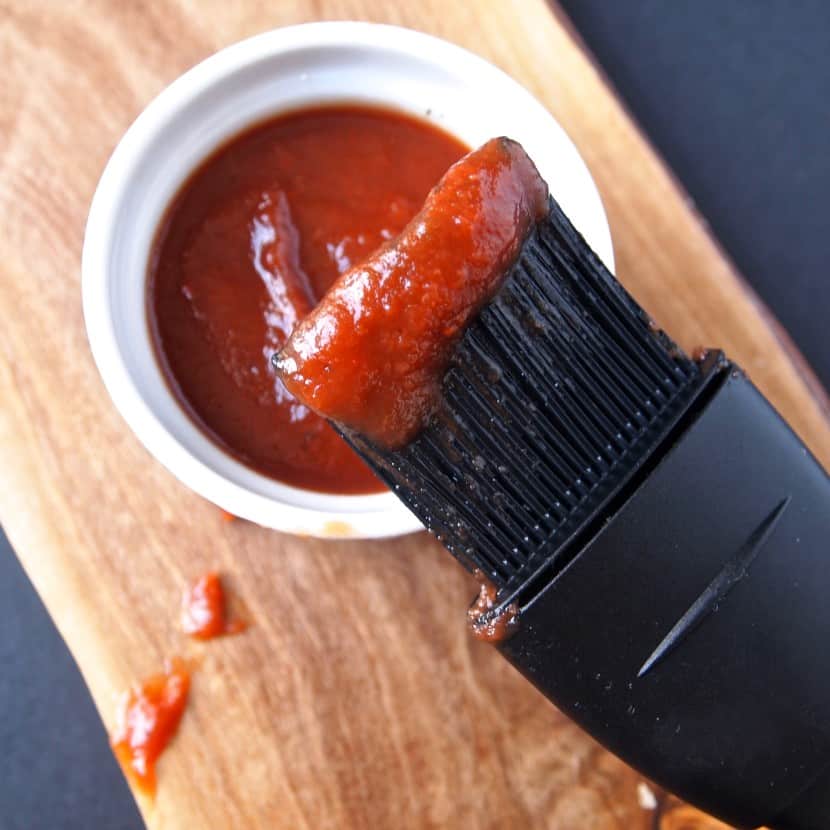 With a few additional ingredients, that sauce can transform plain old zucchini into something amazing! 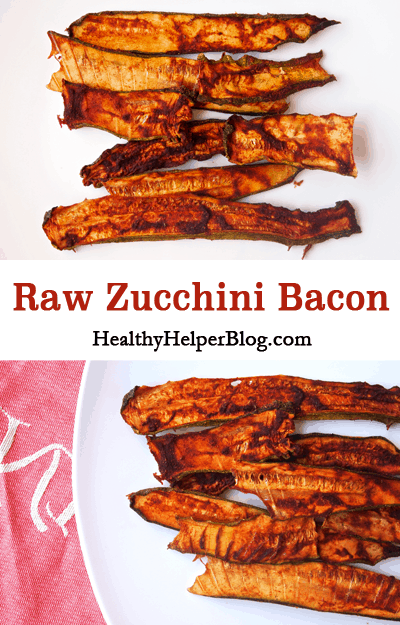 Mix all marinade ingredients and coat zucchini fully. Let marinade overnight or for at least 8 hours. Dehydrate zucchini at 145 for 35 minutes and then at 115 for 18-20 hours. 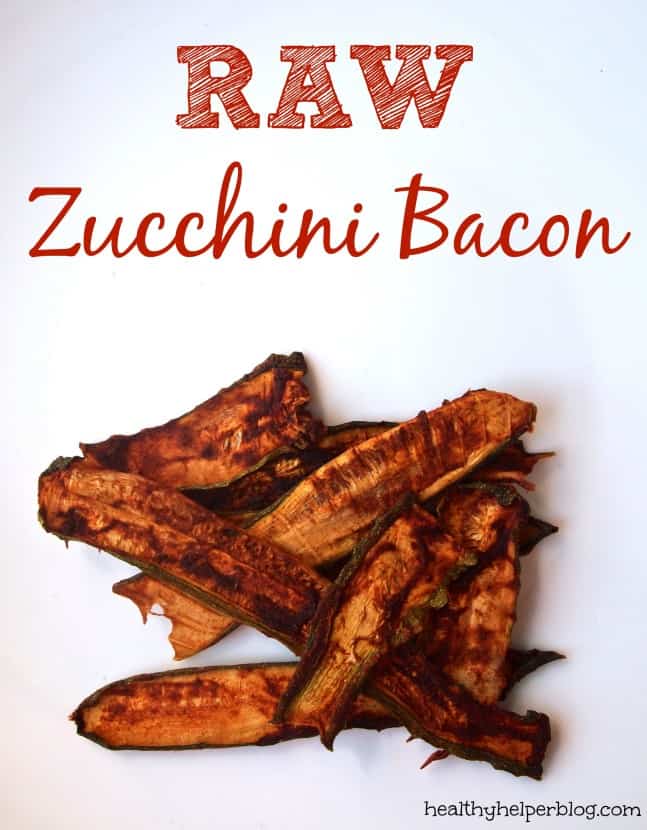 Vegans and meat lovers alike will love this! It’s got the crispy texture of bacon and the BBQ flavor of meat, without harming any animals in the process. I call that a bacon win. 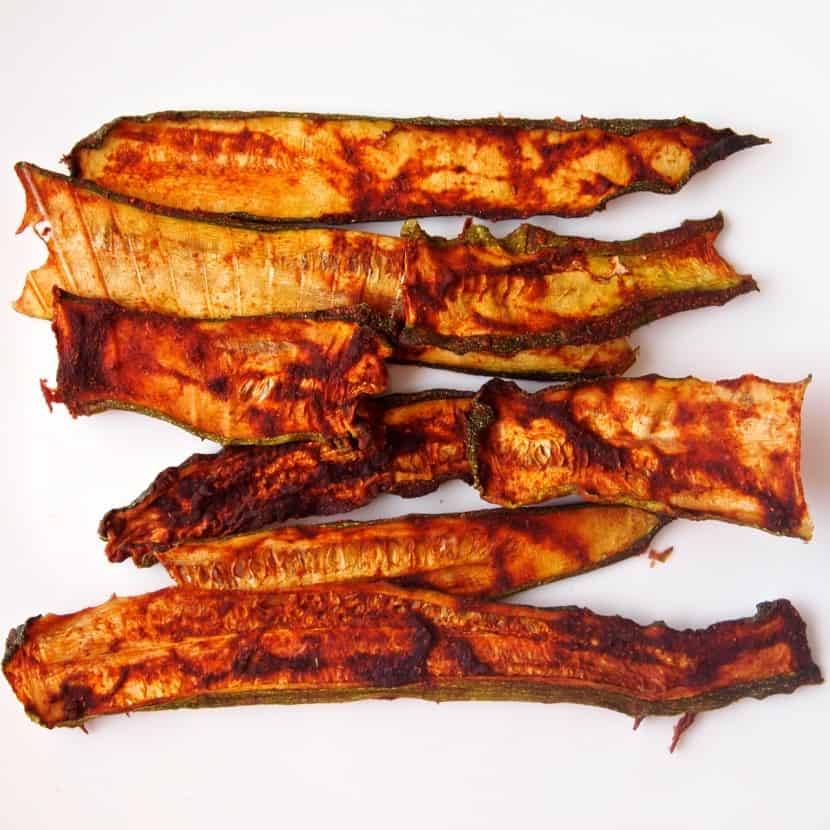 If you’re like me, you’ll snack on this stuff straight off the dehydrator tray. OR you could be a little more patient and stuff it into your next vegan sandwich! It’s also a great alternative for people who want the taste of meat but are watching their intake of it for health reasons. All bases covered with these two recipes!

Maybe one (or both!) could make an appearance at your next BBQ? 🙂

Are you a BBQ sauce fan?

Bacon…do you go for the real deal or an alternative?