I am back for the third post in my “Focus On” series! If you are new to the series and want a little bit more info you can check out my first post here and my second post here.

Note: I am not a medical expert or nutritionist. The point of these posts are not to advocate for or discourage the food trends that they will cover. They are purely to provide some basic facts that are concrete and create a clearer picture of what these diets all are about since there is usually a lot of confusion surrounding them. They are here to serve as a reference if you didn’t quite understand these eating styles beforehand.

The Paleolithic diet, otherwise known as the ‘caveman diet’, the ‘stone age diet’, the ‘hunter gatherer diet’, or simply as ‘paleo’, is a modern nutritional plan based on the consumption of  the ancient diet of wild plants and animals that early humans habitually consumed during the Paleolithic era—a period of about 2.5 million years duration that ended around 10,000 years ago with the development of agriculture. 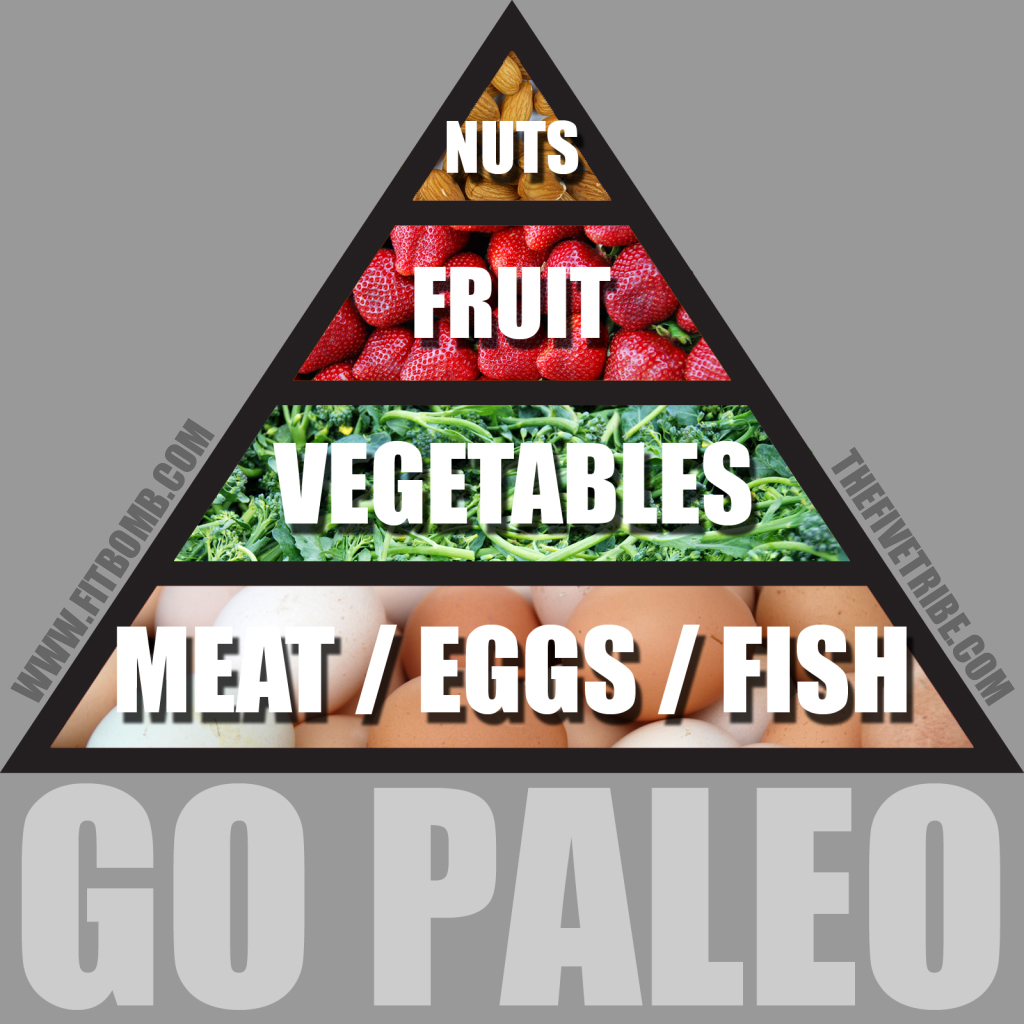 It is classified as a ‘low carb’, restrictive diet. It’s aims, as documented by doctors who would “prescribe” this type of diet, are include weight loss and maintenance, and prevention or control of many “diseases of civilization,” like type 2 diabetes and heart disease. (Funny how most people I know that are following this type of diet were neither prescribed it or in need of following it…hmmm.) Paleo is often compared to the Atkins diet or the Zone diet. (both of which I will cover in a later Focus On post)

Where did it originate?

Aside from its initial following millions of years ago, the Paleo diet was revived in the 1970’s by  gastroenterologist Walter L. Voegtlin. this nutritional concept has since been promoted and adapted by a number of authors and researchers in several books and academic journals. In his book, The Stone Age Diet: Based on in-depth Studies of Human Ecology and the Diet of Man, Voegtlin argues that humans are carnivorous animals and that the ancestral Paleolithic diet was that of a carnivore: fats and protein, with only small amounts of carbohydrates.

This Paleo diet is a controversial topic amongst dietitians and other health professionals, many suggesting that Paleo is just the current “fad diet” sweeping the health and fitness scene. Many doctors argue that the only reason early humans failed to suffer from some of the diseases we have today was mostly due to reduced calories in their diet, shorter average lifespans, and a variety of other factors, rather than some special diet composition. Also, scientific proof has failed to show that our digestive evolution has changed very little from our ancestors. On the contrary, there IS evidence that we have adapted and are more responsive to a diet that includes foods in moderation from each food group.

Where is it popular?

Recently it has gained popularity in conjunction with the rise in popularity of Cross-Fit. The nutritional theory behind Paleo is based on the premise that modern humans are genetically adapted to the diet of their Paleolithic ancestors and that human genetics have hardly changed since the dawn of agriculture. Therefore supporters of the Paleo diet feel that the ideal diet for human health and well-being is one that resembles this ancestral diet.

-possible cardiovascular benefits: some studies have linked Paleo diets with reducing blood pressure, bad “LDL” cholesterol, and triglycerides (a fatty substance that can raise heart disease risk), but there have been few, small, and short.

-filling and satiating due to high levels of protein and fat

-the Paleo diet ranked lowest of the 20 diets evaluated based on factors including health, weight-loss and ease of following in a 2011 US News and World Reports study

-restricting food groups that you otherwise digest fine (ie. no allergy or sensitivity to) causes nutritional deficiency and other bodily harm (Check out Naomi’s post about what the Paleo diet did to her after cutting out food groups that she would normally consume to follow the diet)

-The “Neanderthin” phenomenon: the following of this strict dietary approach driven by desire to lose weight

-Obsession: since Paleo is so loosely linked with fitness regiment that is equally as strict as the diet itself, a breeding ground for obsession and extremism is created

-the Paleo diet is thought by medical professionals to be used as a prescription for specific conditions, not just for everyday following. Walter Voegtlin himself used it to treat patients with  colitis, Crohn’s disease, irritable bowel syndrome, and indigestion.

-hard to maintain: Any diet that restricts entire food groups are difficult to follow. This is especially true for Paleo. Being truly Paleo is almost impossible in our modern society simply for the fact that most species and varieties of food we have now did not even exist millions of years ago. In that case, where is the virtue in trying to eat like our ancestors if we are eating foods that weren’t even an option for them? For example…bananas. A fruit and thus acceptable in a paleo diet. But in fact bananas are a relatively new food. Paleolithic people would not have had access to bananas.

-Evidence suggests the diet of Stone Age humans did include, in some form, the refined starches and grains that are excluded from the Paleolithic diet (I would love to hear a Paleo person’s thoughts on this!!!)

The Paleo diet is hard to discuss, it seems, without stepping on some toes. As I mentioned it has become increasingly popular, especially in the blog world, so I almost feel like I have to be careful with what I say. I personally feel (based on my own body and information I have gathered over the years) that consuming grains, dairy, and the other things that are restricted on a typical Paleo diet, are important for adequate nutrition. They make my body feel great and since I don’t have allergies to any foods I would never cut any out just because. Depriving your body of nutrients that it is used to having is detrimental. Plus for me, having to worry about a restrictive lifestyle like that all the time would just be to time consuming! Sometimes there are very few healthy options out in the world to begin with, let alone having to take into consideration all the criteria for a ‘paleo friendly’ meal.

I guess the thing that bothers me the most is how “band wagon-y” (totally just made that a word) the whole movement seems. Most people that have taken on this diet seem to have done just because everyone else has, and not for true medical reasons. When I see people stop eating foods that they previously ate and ENJOYED simply because they don’t fit with this new diet trend it just seems…sad. At least I know I would be sad if I couldn’t enjoy a regular old sandwich with bread…or a simple bowl of cereal.

What are your thoughts on the Paleo diet?

Do you know anyone that follows this type of diet?

As a reward for making it through that MONSTER of a post….I of course have to announce the KUR Delights giveaway winner!

Email me your info Courtney!

Today’s Healthy Help: I was closing up at work today and just as I was getting ready to leave the phone started to ring. I answered it and it was a women rushing to get her dry cleaning. She said she absolutely needed to pick it up because she had an event to go to tomorrow and begged me to stay a little late so she could get there. I did and she was very grateful!