A recap of the Superbowl via my Twitter feed…

Beyoncé was so fierce that she knocked the power out in conspiracy with 49ers fans who didn’t want to lose to the Ravens so easily. Also, isn’t it ironic that a power outage happened in New Orleans? Just an observation… Anyways, the power outage reinvigorated the 49ers….That’s NOT so Raven.

People went crazy for the Destiny’s Child reunion and the Puppy Bowl and most seemed pretty disappointed with the commercials. The GoDaddy commercial was especially hard to watch… 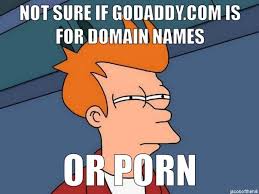 I personally am not a huge football fan, but enjoyed the game and the fantastic one liner-filled Twitter feed! I follow some clever people, I’ll tell ya! Favorite tweets of the night included:

After the blackout and the miraculous 49er’s come back attempt there was a definite shift in the Twitter-verse….especially among those who you can tell were rooting for whoever was doing well at the time. Tweets like “the ravens will definitely blame their loss on the blackout” were very popular! 😉

Lucky for the Ravens (and for all of us because it made for an excited second half!), they held on to their lead! Like I said, I don’t follow football and I’m not going to pretend I was highly invested in a Ravens win…but I definitely was on their side for night because of the movie the Blindside! Haha. Shows you how much of a football enthusiast I am. 🙂

It was a fun night in general though and I am glad I watched!

Other fun from the weekend:

Random finds at Marshalls…looking but no buying ensued.

Wintery Pics from a Wintery Walk

[seriously, reading about running while running is SO motivating]

What was the highlight of your weekend?

You ready to take a on a new week?!

Todays’s Healthy Help: Gave some friends some advice on getting into fitness and working out. They want to ease into it so I just gave them some examples of things they could do to add some movement into their day!

Never too early to start Lending a {Healthy} Hand for this weeks round up! Tell me what you’ve done to help someone else lately!