I’ve decided that in addition to sharing my monthly favorites in these posts, that it would be a good idea to share some of the good news I’ve found around the web over the past month. With the world as it currently is, I think looking for the good, the positive, the optimism is one way we can stay sane while everything seems to be in flux around us.

So in addition to what I’ve been eating, watching, listening to, and reading lately…I’ll be adding in some videos and reads that highlight some of the GOOD NEWS that is happening all over the world. Because despite what the media would have you believe, even with everything going, there is ALWAYS good happening around us.

Let’s get into it! 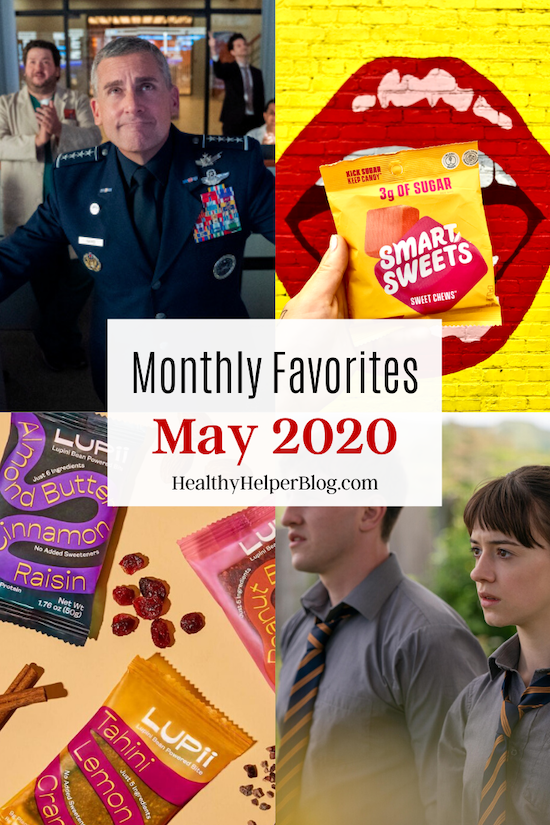 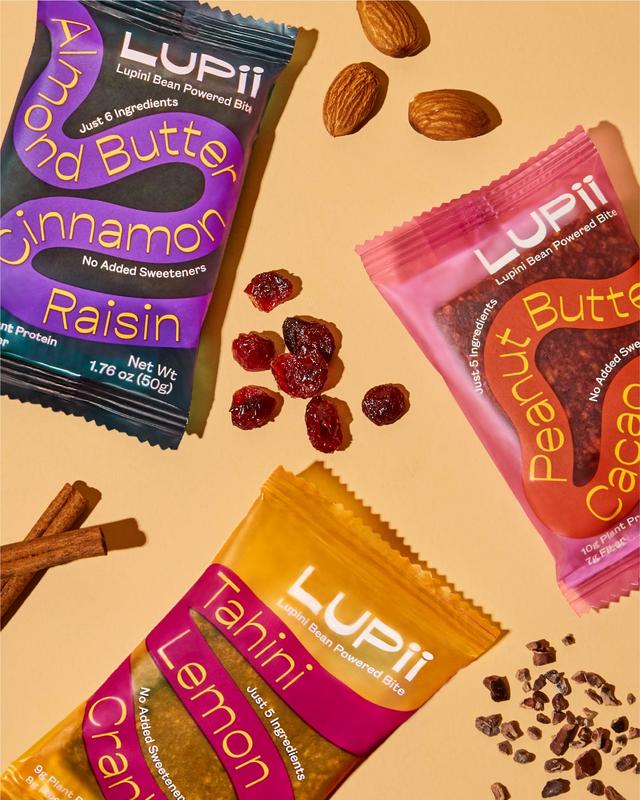 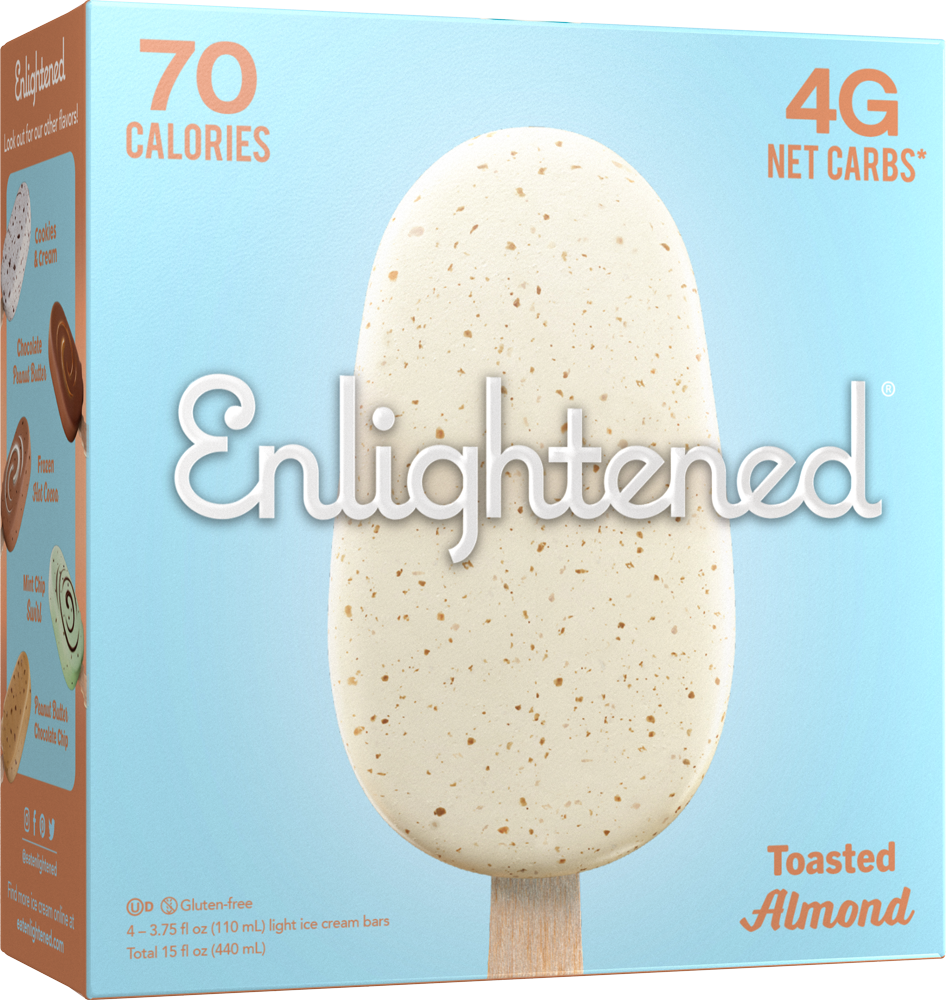 Enlightened Toasted Almond Ice Cream Bars | Last month I was nominated by my mom for a contest that Enlightened was hosting to raise awareness about people who were doing good during the Covid-19 crisis. I ended up winning their grand prize with my #BuffaloStrong campaign and as a prize they sent me some of their ice cream and fava beans. I forgot how much I loved their ice cream….especially the Toasted Almond Bars. 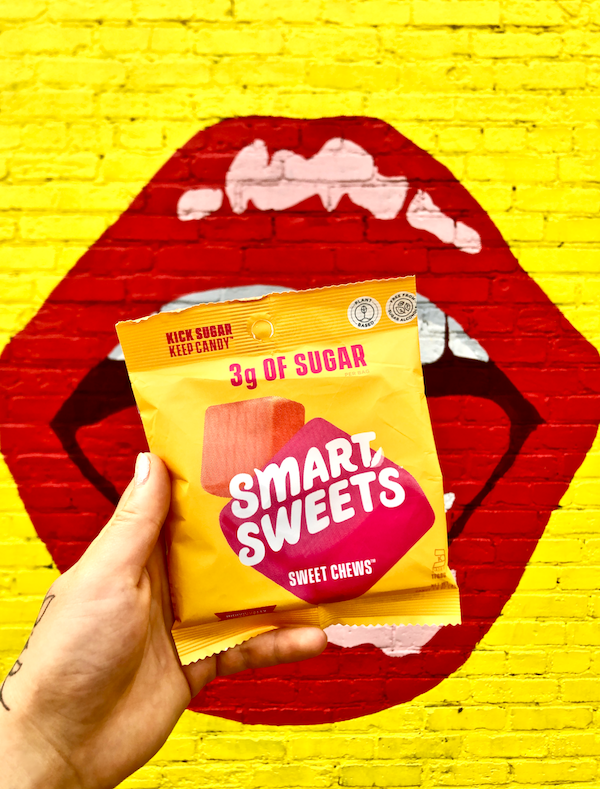 Smart Sweets Sweet Chews | New from at Smart Sweets! These are for all you Starburst lovers out there. They taste just like the real thing…except less hard and chewy…which I actually prefer. 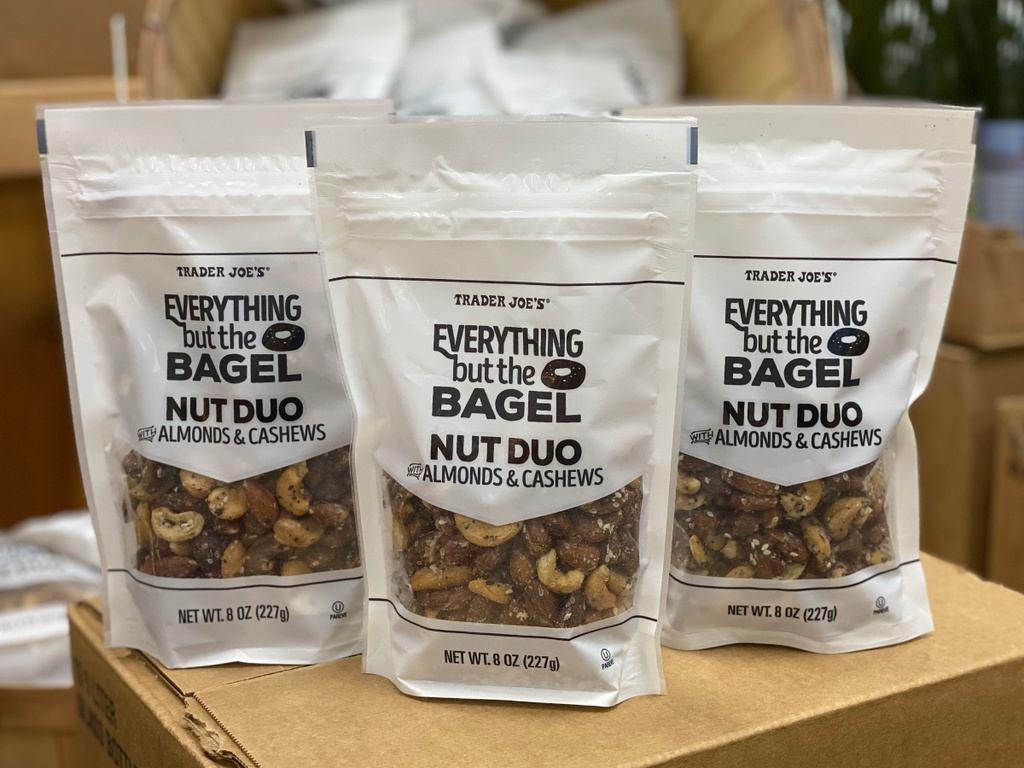 Trader Joe’s Everything Bagel Almonds and Cashews | New nut mix from Trader Joe’s. So so good! Especially if you’re an everything bagel seasoning lover like me. 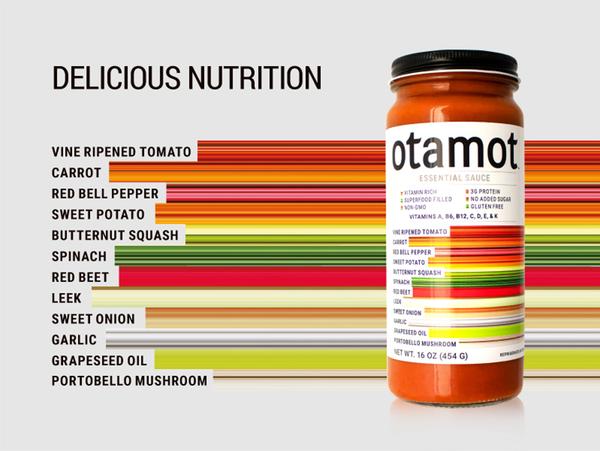 Otamot Sauces | I just got sent these sauces and they are GOOD. Bolognese and marinara sauces with added veggies like carrots, peppers, beets, winter squash, kale, zucchini, ad more! Great for tossing with pasta or anything else you’d eat red sauce with. 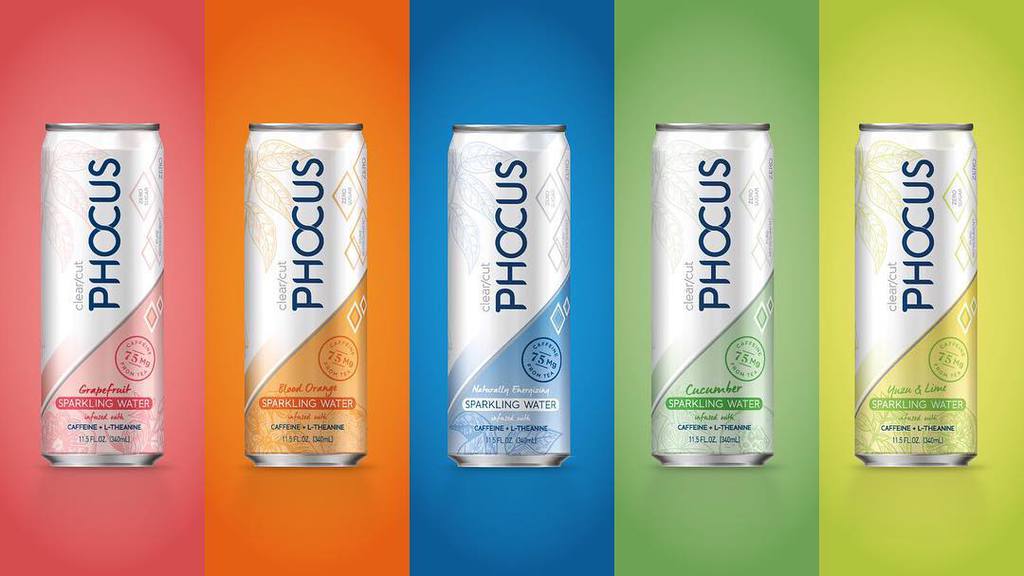 Drink Phocus Sparkling Water | I’ve been a fan of this brand for a while now and they recently released a new COLA flavor of their caffeinated sparkling water drinks! It’s SO good. One of the things I like about Drink Phocus drinks is that they are sparkling but not overly bubbly like some seltzers. The flavors are all really good and very noticeable as well. 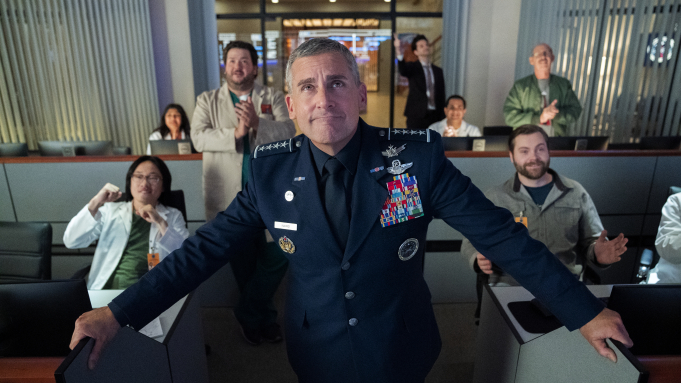 Dangerous Lies | Starring Cami Mendez from Riverdale…a caregiver is drawn into a web of lies and murder after a wealthy elderly man dies and leaves his estate to her.

The Half of It | Coming of age story of a shy, introverted student helps the school jock woo a girl whom, secretly, they both want.

Waco | SO GOOD. The details of what transpired at the siege of Waco were spot on and the acting was incredible.

Trial by Media | Docu-series covering cases whose verdicts have been influenced by media coverage.

Jeffrey Epstein: Filthy Rich | All the details on Jeffrey Epstein’s life and crimes with interviews from those who knew him personally plus victims.

Space Force | New comedy series about the actual Space Force by Steve Carell and Greg Daniels, the creator of The Office. 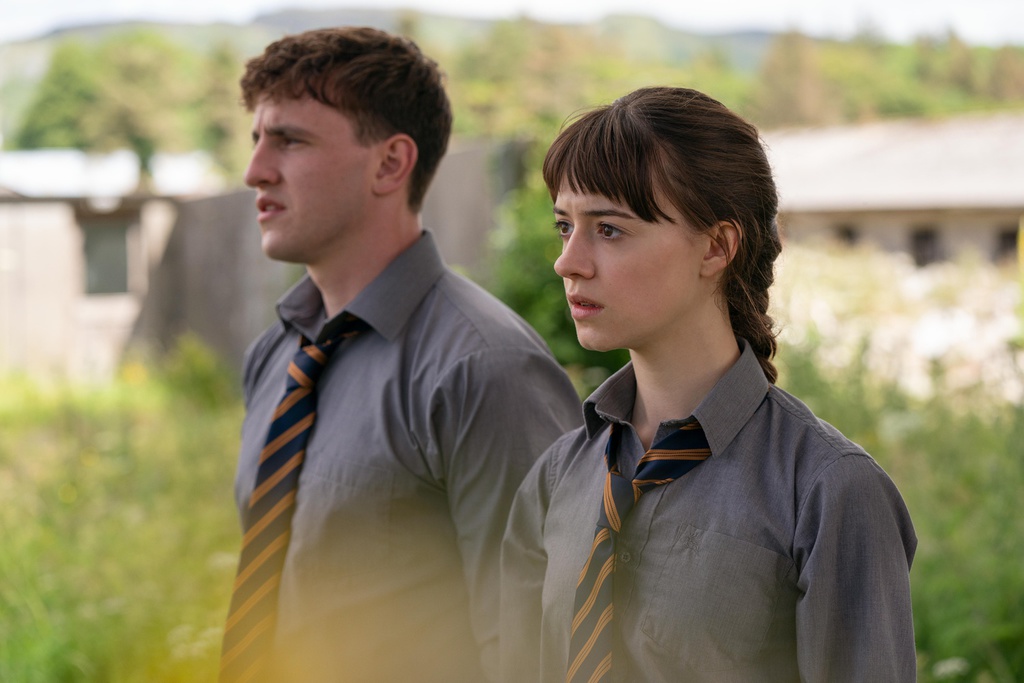 Normal People | Based on the NYTimes best selling novel by Sally Rooney…this is a millennial love story for the ages. Perfect for those of you who love romance! And the two lead actors are incredible.

The Great | Starring Elle Fanning…a humorous take on Catherine the Great of Russia.

Before The 90 Days | The definition of trash TV but it totally sucked me in. Definitely a good pick if you want something totally mindless.

Seinfeld | Finally watching this!! I’ve only ever seen a few episodes but it’s such a classic so it feels like I’m due to watch it. 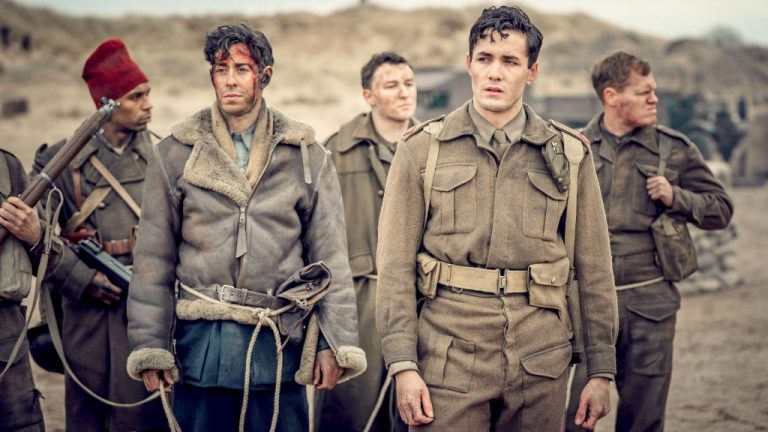 The Other Guys | Funny, buddy cop movie starring Will Ferrel and Mark Wahlberg.

Dunkirk | Great WW2 story about the efforts made by the British military to safely rescue over 400,000 men from the shores of Dunkirk as the German army was closing in.

Normal People | The book that the new Hulu series is based on (mentioned above!). The book is slightly different from the series obviously…and very good in its own right. I listened to the audiobook from Audible and loved it!

Talking to Strangers | I JUST started this but I am a big fan of Malcolm Gladwell so I already know I like this book. The book studies miscommunication, interactions and assumptions people make when dealing with those that they don’t know. To make his point, Gladwell covers a variety of events and issues throughout history.

Sheriff and Deputies in Flint, Michigan walk with protestors during a march for George Floyd

Tips for Easing an Anxious Mind

Tell me some of your favorite things from the past month or something that’s made you smile recently!