Cheesecake doesn’t need to be heavy! This vegan version is creamy, sweet, and delicious without any added dairy or cream cheese. It’s got a light vanilla flavor and is just as light in calories and fat. 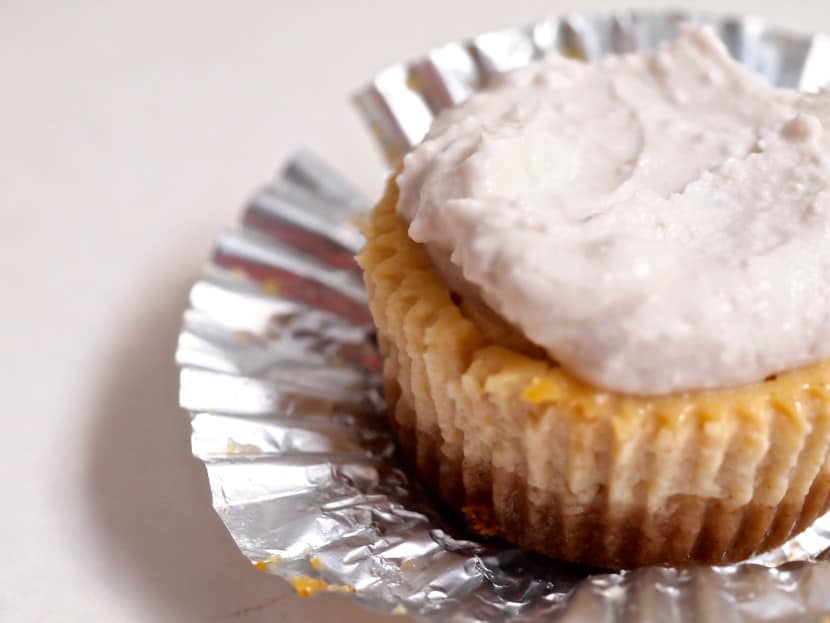 I have a confession to make…

I think I just heard the audible gasps coming from the other side of the computer screen!

But seriously, whenever I tell people that, they can’t believe me! But it’s the truth. I’ve never liked it since I was a child and it just never appealed to me. Cheese and dessert? Not my thing. In fact, it’s only recently I started liking cream cheese (and it’s only goats milk or vegan cream cheese at that! 🙂 ).

Cheesecake is a favorite in my family though, so I’ve always felt like the odd one out! In theory, I should like it. I like creamy, I like sweet, heck I even like graham crackers (in the crust of course!). But there’s just something about the cream cheese flavor of it that gets to me. 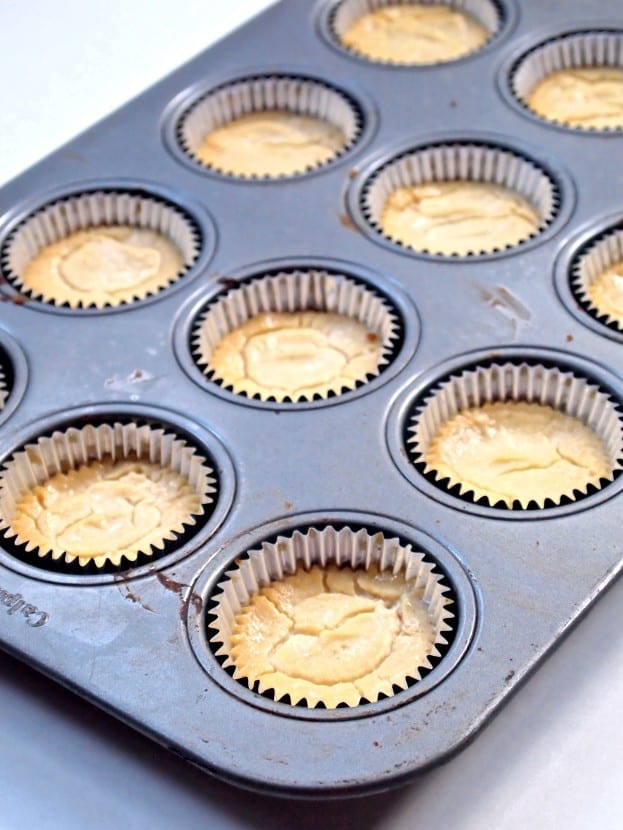 Well, when my parents asked me to make a dessert up for the party they were having last weekend, I thought it would be the perfect time to try my hand at making a cheesecake that non-cheesecake lovers and cheesecake lovers alike would enjoy. Quite the challenge, eh? 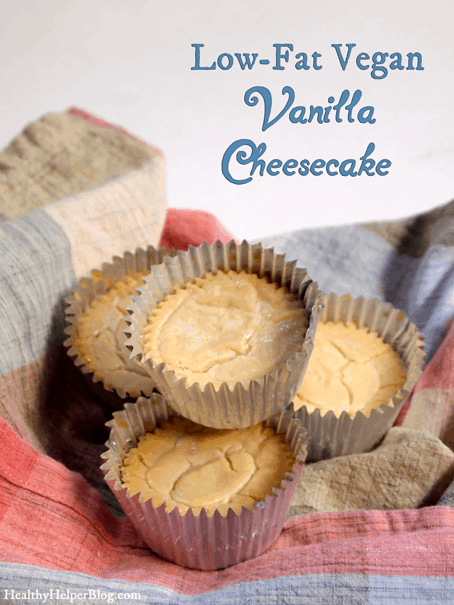 I knew one thing…my cheesecake wasn’t going to have any cream cheese. With that in mind, I decided the best route to go would be to make a vegan cheesecake! I did a little research and then headed to Walmart for some ingredient inspiration.

I headed into the dairy section in search of some non-dairy alternatives and came across some of my favorite products from Silk! I’ve been a faithful user of their Unsweetened Almond Milk (and now their Unsweetened Cashew Milk) for years, but I never knew they had their own brand of non-dairy yogurt as well. The big single serve cups caught my eye in the refrigerated dairy aisle and I knew they’d be the perfect base for my cheesecake experiment.

I picked up some of my favorite almond milk, 3 of the new-to-me yogurts, and got to work! 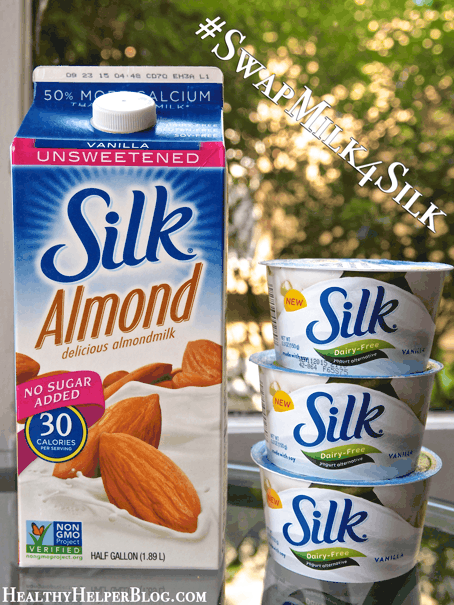 Drawing inspiration from my mom’s mini cheesecake recipe I came up with a real winner. My vegan cheesecake is low in fat, high in protein from the tofu and soy yogurt, and incredibly rich tasting.

Chill a can of full fat coconut milk overnight.

Evenly distribute mixture and press onto the bottoms of 12 foil lined muffin cups.

Spoon filling mixture into muffin tins. Fill each one about ¾ of the way full.

Bake 35 minutes or until centers are almost set. Cool completely and refrigerate for 2 hours.

Remove coconut milk from the fridge. Spoon out the coconut cream that has risen to the top of the can and beat on high using a mixture for 3-5 minutes. Whip it until soft peaks form. Top each cheesecake with coconut cream and whatever else you’d like (fruit, chocolate, candies, sprinkles, etc).

Dare I say, vegan cheesecake is better than regular cheesecake? Well, at least for me it is!

Just like I don’t miss dairy products now that I use Silk daily, you won’t miss the cream cheese in this cheesecake! The mixture of smooth tofu and creamy Silk yogurt creates the perfect filling. I was even able to find graham crackers without honey to make the recipe really vegan! 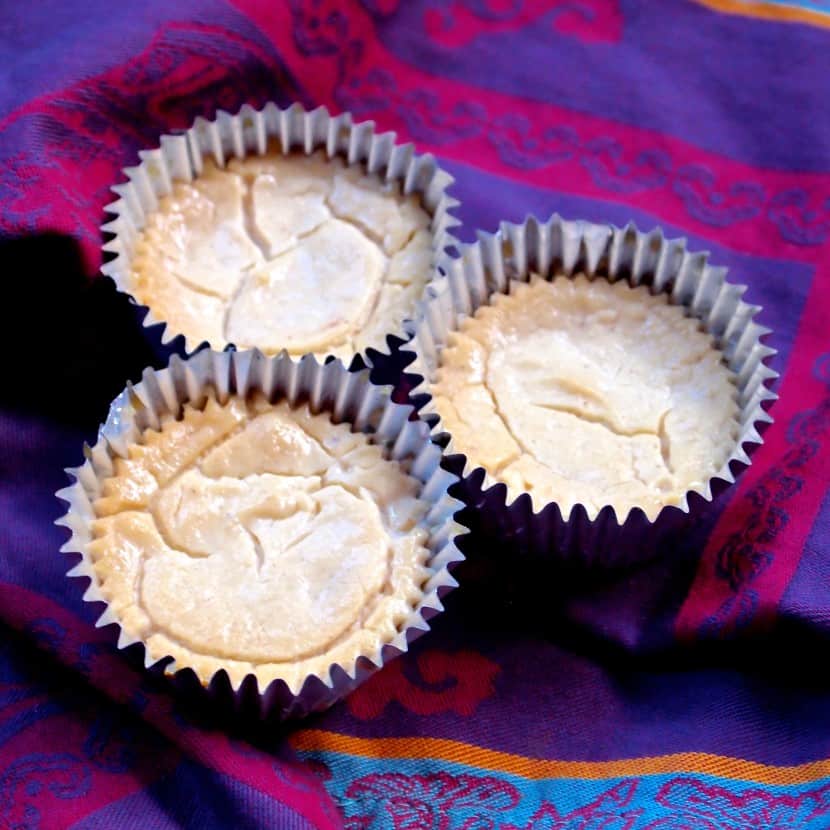 I swear, once you try this cheesecake, you’ll never go back to the real thing. Same goes for the Silk products. I was never a big fan of cow’s milk, but I drank skim milk growing up because that’s what my parents bought. Once they switched to soy milk (Silk brand of course!) I followed suit.

My real non-dairy milk love came when Silk released their almond milk. It’s so creamy compared with other almond milk brands and you can’t beat the nutritional values (50% more calcium than regular milk!). Silk Almond and Cashew milk are staples for me, but I can definitely see myself by the yogurts again for snacks! They’re packed with plant-based protein and come in a bunch of awesome flavors (I want to try the strawberry and mango!). 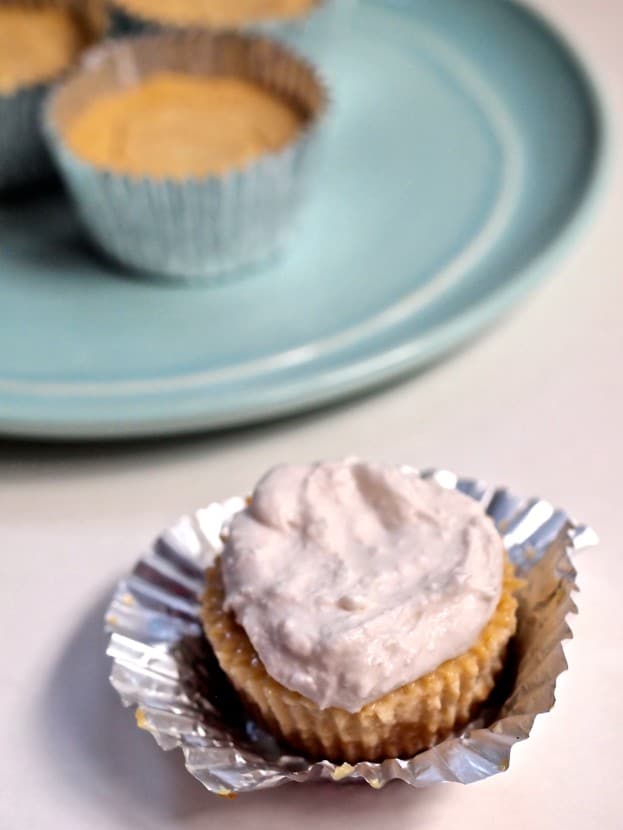 Now that I know cheesecake can be made without dairy, I feel like my brain is buzzing with new non-dairy recipes! If you’re looking to do some of your own vegan/non-dairy baking and cooking check out the treasure trove of recipes over on Silk’s site.

Are you a cheesecake fan?

What’s you dream cheesecake flavor? (the ones at Cheesecake Factory are pretty wild!)

Do you ever make vegan versions of your favorite foods?